Walter Road East General Practitioners are committed to deliver our patients the highest standard of general practice medical care including promoting health, wellbeing and disease prevention to all patients according to the principles of evidence based best practice. We aim to meet and exceed the RACGP Standards for General Practice.

We endeavour to provide this within a caring environment which is respectful to the needs of our patients, doctors, nurses and staff.”

We do not discriminate in the provision of excellent care and aim to treat all patients with dignity and respect.”

Our team portrays a positive and professional way, while maintaining the levels of service and care which our patients expect.

Clinical and non-clinical staff perform duties within their legal scope of responsibilities and maintain their knowledge, skills and attitudes through their professional specialty organisations such as the AMA, ANF or AAPM.

It is expected that all employees act in accordance with specific practice policies and procedures.

The entire practice team is committed to encouraging quality improvement and identifying opportunities to make changes that will increase the quality and safety for our patients.

Administration, Registered Nurses and Manager are an extension of the doctors and are an indispensable resource. Like the doctors, all three have much wider scope of responsibilities and skills. It is important to ensure effective and respectful communication with them providing common values and goals in assisting us with providing great health care.

Joined the surgery as a receptionist in 2001. During an ownership restructure in 2010 she stepped up to offer herself as a replacement for the retiring practice manager.

She completed her Certificate IV in Practice Management on 22 September 2010.

Cheree was Nominated for AGPAL Practice Manager of the Year 2017.

She steered the surgery through several challenges with an uncanny knack for coordination and timing, and through effective mobilisation of the practice team. Throughout her time at the Surgery, she champions and instils in others the surgery’s values for providing the very best care at the highest standards for our patients, within an environment that is supportive to ensure of the best team performance of doctors, nurses and staff alike.

Graduated from the University of Sydney in 1989 and became a Fellow of the Royal Australian College of General Practitioners in 1995.

He is a Clinical Teacher and Supervisor, Selection Interviewer and Presents at training workshops. He also conducts around a dozen ECT (External Clinical Teacher) visits to junior GPs in their assigned training practices each year for WAGPET (West Australian General Practice Education and Training Program)

Was a Medical tutor at the University of Western Australia.

He has an interest in toys and all aspects of Family Medicine and so much more.

He was awarded GP supervisor the RACGP General Practice Supervisor of the Year Award for his dedication of a GP who has significantly contributed contribution towards the training and mentoring of general practice junior GPs, leading by example, and inspiring junior GPs to gain a strong appreciation for the general practice profession. And awarded for his vigour and passion for teaching and training the next generation of junior GPs in WA.

His passionate about not falling into the trap of “ten minute” medicine and passes on his experience about the quality management of patient’s chronic health to those he trains.

Dr Gay always makes himself available and goes above and beyond when it comes to helping his patients and training his staff, including weekly formal training and practical skills with his colleagues and junior GPs.

He is extremely involved in other general practice programs such as the pilot of HCH (Health Care Home trial) WAPHA’s development of a patient centred medical home trial in WA, and the Home Medicines Review. 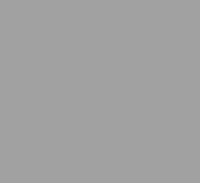 Graduated from the University of WA in 1985 and initially worked at the practice in 1989 and then returned in 1995.

She is interested in Family Medicine and has a special interest in Women’s Health Issues.

Graduated from the University of WA in 1985 and initially worked at the practice in 1989 and then returned in 1995.

She is interested in Family Medicine and has a special interest in Women’s Health Issues. 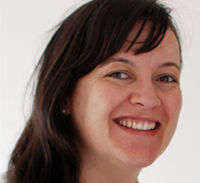 She worked at Royal Perth, King Edward Memorial, and Princess Margaret Hospitals, and as a GP in the Perth Hills and in Broome, before joining WREGP in 2014.

Has an experienced background in women’s health and antenatal care, Completed an Advanced Diploma in Obstetrics and Gynaecology, performed deliveries in several of Perth’s major obstetrics hospitals, and was a GP Obstetrician at Bentley Hospital.

She also offers comprehensive contraception options, including Implanon, and Mirena/IUD insertion. She has a Diploma of Child Health and is interested in all aspects of General Practice and aims to provide medical care for every stage of life, mental health, chronic disease management, skin checks and preventative health checks.